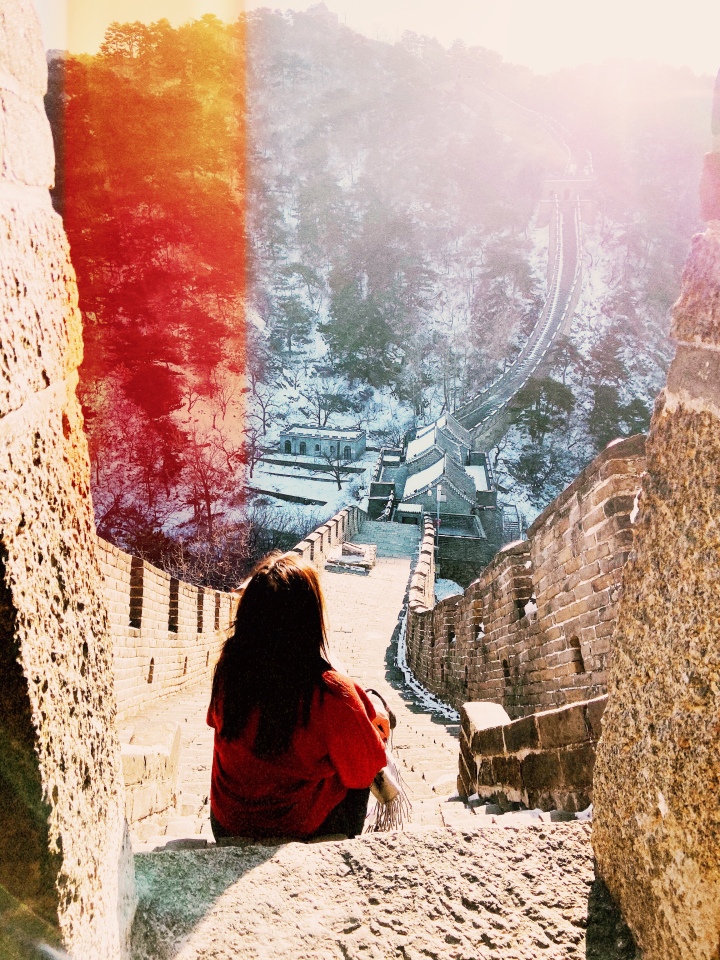 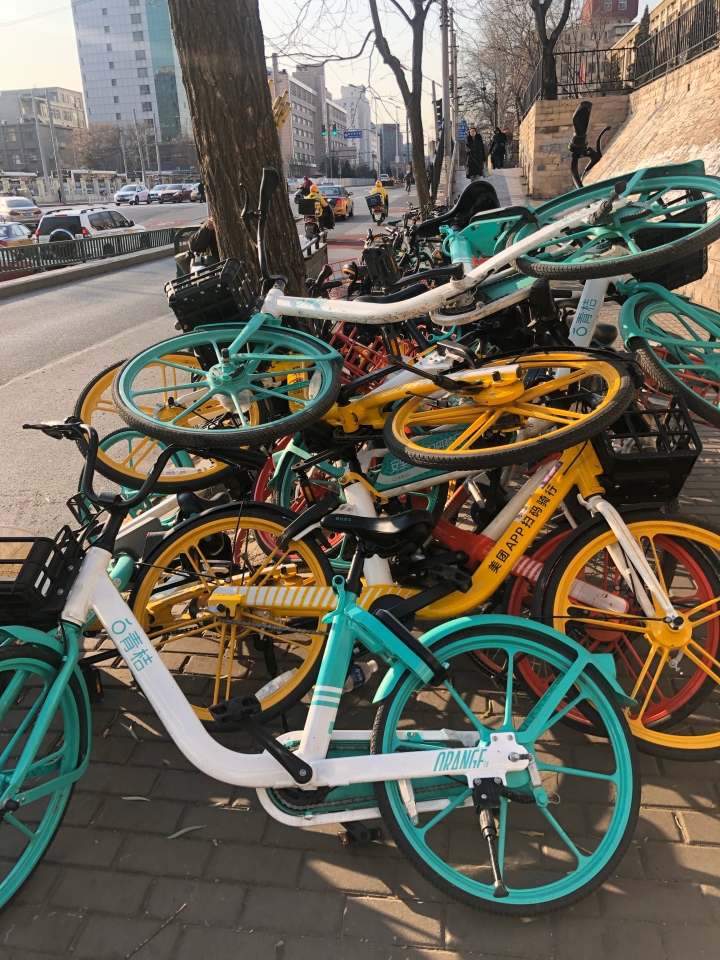 I remember seeing Beijing on my roster last year around December and feeling the excitement. I had never set foot in china and have always wanted to. So, with a new city on the horizon and a chance to tick of the great wall of china on my bucket list things were looking good.

When in Beijing I had very mix emotions partly because my bank card got swallowed in a machine and the language barrier was a bit hard to translate “that I was stuck in the middle of Beijing without a bank card or data to transfer money over to a different account” but on the other hand I was in Beijing known for The Great Wall The Forbidden City, The Summer Palace and Temple of Heaven and with all that at my feet it became easy to forget about the troubles I was having.

One place I am going to talk about was the great wall of china, from the moment I walked in the hotel it was something I made sure that I could book and pay for. We got lucky and soon found out that we could do the wall in the Early morning, this was so we could miss the rush and get to experience the wall without being shoved around like you would if you was waiting for the central line in the morning rush in the underground.

We left at 6.30 am and our driver was lovely he spoke a bit of English which was great help and was able to tell us about the route. He had already had our tickets sorted for us which included a chairlift up to the Wall and a toboggan ride down: WARNING – it was a lot of fun. The part of the wall that we went up to climb was the Mutianyu it is a section of the Great Wall of China located in Huairou District. The Mutianyu section is not only less busy then the Badaling section but is also older, if like me and you love history you will find this incredible.

With hardly any one around it almost felt like we had the wall to ourselves. We took the chair lift (which was an adventure as like the wall this is also old.  Our chair didn’t seem to have a foot rest on my side so my feet were dangling in the air for most of it and because of the snow we was all wrapped up so I was terrified to get my phone out in case my gloves let it slip away.

When you get to the top you are almost instantly grabbed of the chair by the workers this is because the chair is continuous and doesn’t stop so it’s a jump and run or a straight back down for you if you miss it experience. 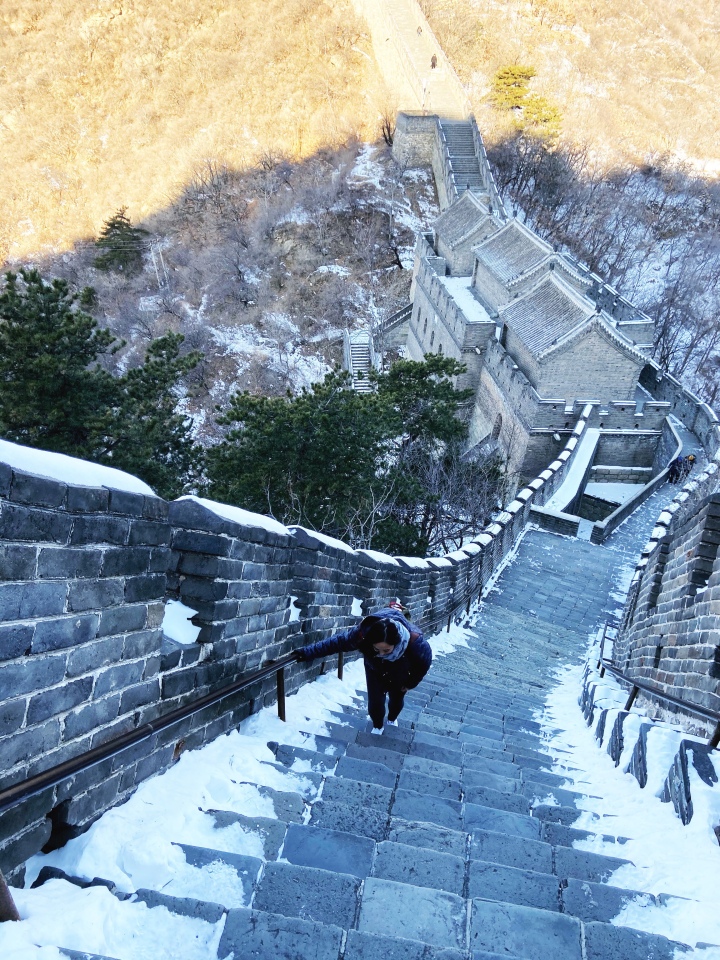 Once up there it was all about the walk and the climb. I say climb because let me tell you this at some point it will get so steep that you’ll be on your hands and knees going up and your bottom going down but its all fun and games and you have the walks up to the watchtowers which give the most fantastic views.

After all the fun of walking and the ride back down. After this It was time to head back, we got into Beijing around 13:00 and was ready to go back out and explore with the rest of the day ahead of us.

The rest of the day was spent getting on the metro to go to the markets.

I was pretty amazed that I got myself and the crew around Beijing on the metro, the lines were pretty easy once you knew where to go and they was also colour coded just like home so if worse came it was just asking someone where the blue line was. How to get a subway ticket was also pretty simple so when you walk in to some subways they ask to scan your bags and then you’ll pick up the bag on the other side and continue until you came across a vending machine these would be at the entrance of the platform ( well they was for us).  The machined will not accept one yuan banknotes or any banknotes above ten yuan so just make sure you have the right money or you may need to end up buying two ( One for you and someone else).   Money we found out they do except is one yuan coins and Five yuan and ten yuan bank notes however if you do find yourself in that predicament than worry not because the person at the window can exchange your money if needs be.

In total there is 3 lines. Line One (East West Line) Line Two (Circle Line) and Line Four. (Anheqiao North). We spent the rest of the day jumping on and of the various line checking out markets and other tourist sites. 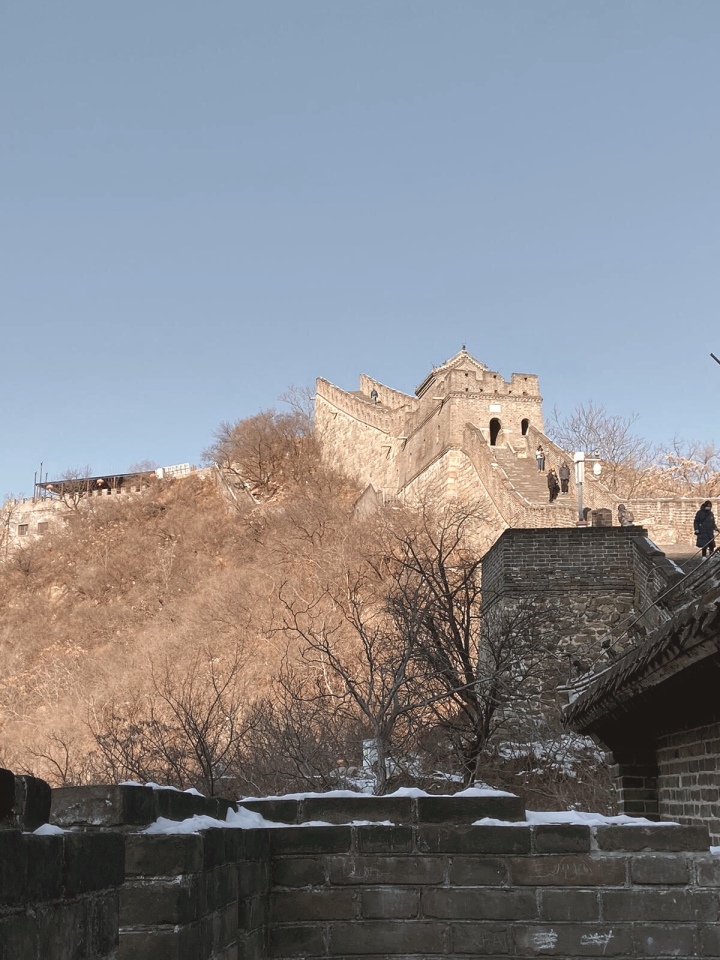 And that it a highlight of my trip to Beijing.

Hope you have enjoyed reading up on it.

2 thoughts on “Beijing With Love” 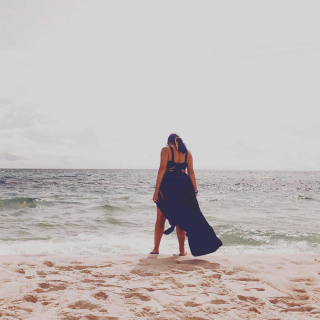